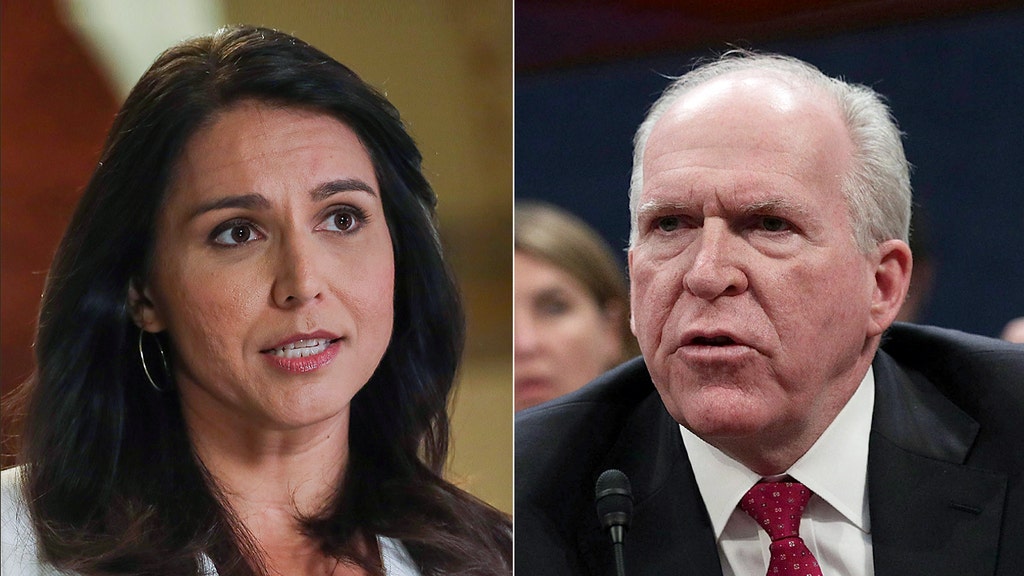 Former Rep. Tulsi Gabbard, D-Hawaii, asserted that tech industry leaders and Democrats such as Rep. Adam Schiff, D-Calif., and former CIA director John Brennan are “domestic enemies” of the U.S. who are more dangerous than the rioters who stormed the U.S. Capitol building on Jan. 6.

In a video and thread posted to Twitter Tuesday morning, the former Democratic presidential candidate denounced the violent protesters, but warned that efforts to combat insurgency through surveillance and other monitoring activities posed a greater threat to the country.

“The mob who stormed the Capitol on January 6 to try to stop Congress from carrying out its constitutional responsibilities were behaving like domestic enemies of our country,” Gabbard said. “But let’s be clear, the John Brennans, Adam Schiffs and the oligarchs in Big Tech who are trying to undermine our constitutionally protected rights and turn our country into a police state with KGB-style surveillance are also domestic enemies — and much more powerful, and therefore dangerous, than the mob that stormed the Capitol.”