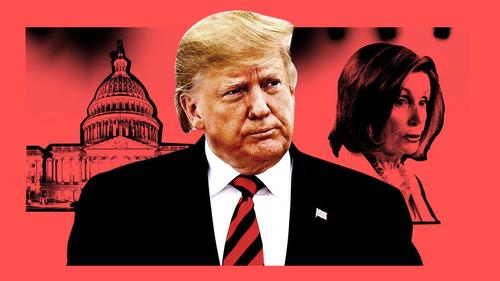 In seeking his removal for “incitement,” legal scholar and Constitutional expert Jonathan Turley warned earlier that Democrats would gut not only the impeachment standard but free speech, all in a mad rush to remove President Trump just days before the end of his term.

Turley noted specifically that “Congress is about to seek the impeachment of a president for a speech that is protected under the First Amendment. It would create precedent for the impeachment of any president who can be blamed for the violent acts of others after the use of reckless or inflammatory language.”

Nevertheless, on the heels of Vice President Pence’s confirmation this evening that he “pledges to work with Trump through the end of his term” thus confirming earlier reports that he would not acquiesce to Speaker Pelosi’s demands that he invoke the 25th Amendment; it appears House Democrats are raring to go on an impeachment vote on Wednesday.