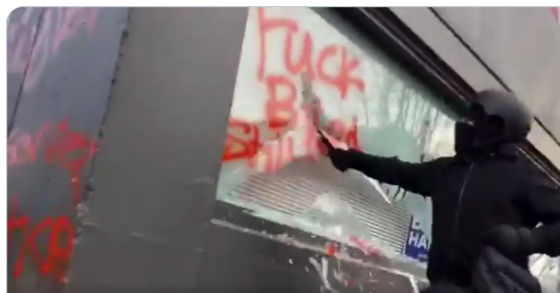 When people tried to sell us on the idea that the radical left would quit rioting once Joe Biden was president, I just had to chuckle. I knew that what they were saying simply was not true. But I figured that the radical left would at least give Biden a few days before they started rioting, looting and burning things again. Sadly, I was wrong. Just hours after Joe Biden was sworn in, radical leftists in Portland and Seattle started going completely nuts. The footage that you are about to see is extremely shocking, but so far the corporate media is mostly avoiding this story because it does not fit any of the narratives that they are currently trying to push. Of course if it was Trump supporters rioting it would be the biggest news story in the entire nation right now.

Apparently, Antifa activists in Portland are not too thrilled that Biden is president, because the primary target of their violence on Wednesday was the Democratic Party of Oregon headquarters.