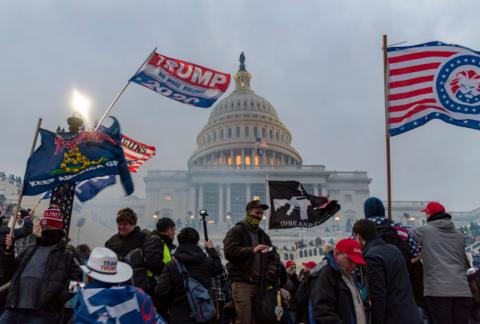 On Wednesday, a mob apparently composed of Trump supporters forced its way past US Capitol security guards and briefly moved unrestrained through much of the capitol building. They displayed virtually no organization and no clear goals.

The only deaths were on the side of the mob, with one woman—apparently unarmed—shot dead by panicky and trigger-happy capitol police, with three others suffering non-specific “medical emergencies.”

Yet, the media response has been to act as if the event constituted a coup d’etat. This was “A Very American Coup” according to a headline at The New Republic. “This is a Coup” insists a writer at Foreign Policy. The Atlantic presented photos purported to be “Scenes From an American Coup.”