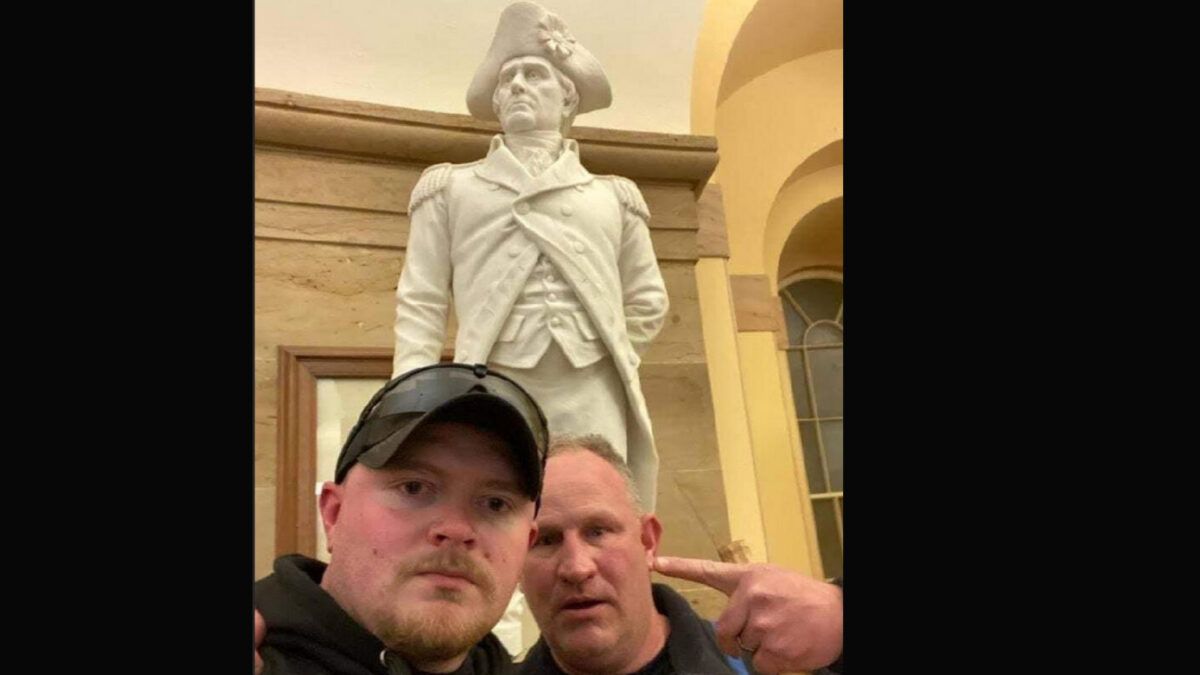 Off-duty police officers from around the country are turning up in photos and video footage from the January 6 Capitol riot. Two cops from Rocky Mount, Virginia, have even been arrested and indicted on federal charges, after being “photographed in the Capitol building making an obscene gesture in front of the John Stark statue.”

Those officers—Jacob Fracker and Thomas Robertson—are charged “with one count of knowingly entering or remaining in any restricted building or grounds without lawful authority and one count of violent entry and disorderly conduct on Capitol grounds,” according to a Department of Justice (DOJ) press release.

Not only did the Virginia cops photograph themselves breaking the law, they also posted about it themselves on social media. From the DOJ: