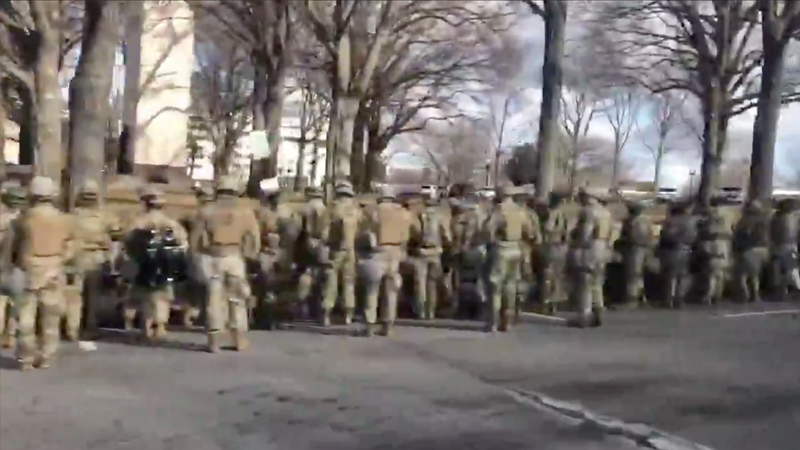 Members of the US National Guard refused to acknowledge Joe Biden as his motorcade drove by following his inauguration, footage shows.

Instead of turning to face the new president, several members of the National Guard tasked with providing security for the event turned their backs to him as the presidential motorcade made its way to the US Capitol.

[…] “You won’t see this on mainstream,” commented one Twitter user. “Many NG had their backs turned as JB went by.”

It’s unclear whether the guardsmen had been ordered to stare at the vacant lot as Biden’s motorcade passed.

The video comes as the FBI conducted what amounts to a “loyalty test,” vetting the political leanings of the entire 25,000 squadron dispatched to DC and eliminating 12 members from their ranks over supposed ties to extremism following the January 6 events at the Capitol.