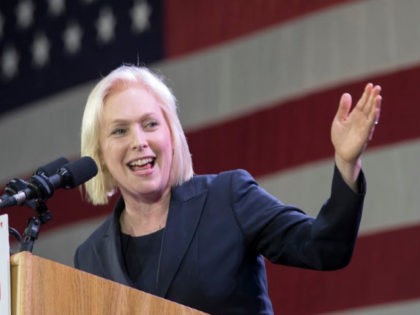 On Wednesday’s “MSNBC Live,” Sen. Kirsten Gillibrand (D-NY) stated that Democrats will “study and look at” eliminating the filibuster if they take the majority in the Senate and stated that “we do need to reform the Senate so it is more efficient and effective.”

Host Hallie Jackson asked, “You had a lot of progressives talking about ending the filibuster, possibly expanding the court. Do you believe that that is something your party should be spending political capital on, focusing on, if, in fact, the Senate majority becomes yours?”

Gillibrand responded, “I think the first thing we’re going to do is COVID relief and economic relief. We will look at all issues, of course. Because when you’re in the majority, that’s what your responsibility is. And we do need to reform the Senate so it is more efficient and effective.