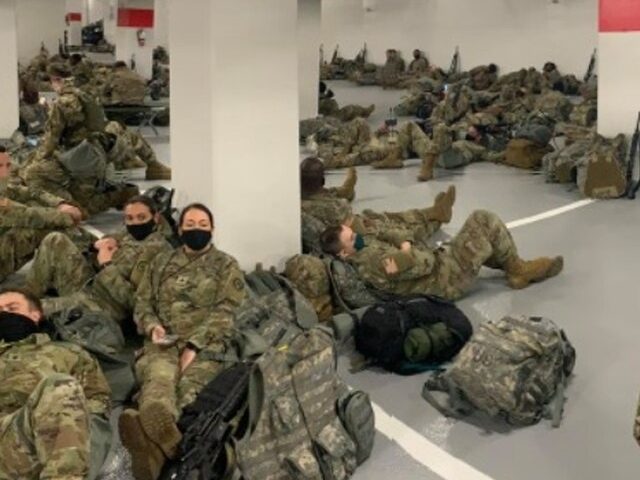 The Geneva Conventions expressly forbid forcing prisoners of war from sleeping on concrete, or in parking garages.

Nevertheless, His Fraudulency, after only two days in office, allowed his own troops to be treated worse than he would ever treat terrorists or America’s enemies.

Here’s how no less than the Biden suckups at the far-left Politico described what Commander-in-Chief Biden allowed to happen: