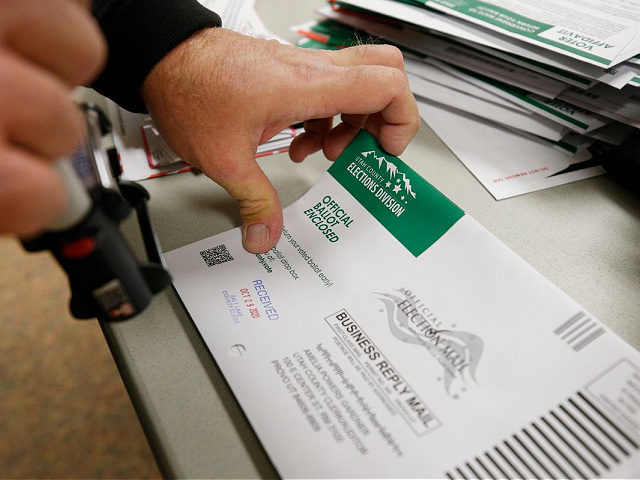 Two Democrat lawmakers introduced a bill on Thursday, dubbed the “Vote at Home Act,” to expand “Oregon-style” mail-in voting nationwide, contending that the move is necessary to “make real progress” in the country.

The lawmakers point to the unprecedented number of Americans who voted by mail in the 2020 presidential election — a move Democrats vehemently pushed. While progressives largely used the coronavirus pandemic as justification for opening the doors for mass mail-in voting, which many critics warn leads to mass fraud, universal vote-by-mail has existed as a primary goal for the Democrat Party, even prior to the pandemic. The measure introduced on Thursday essentially updates the vote-by-mail measure the two lawmakers introduced in 2017, long before the Wuhan virus struck.