“Mitch & the Republicans do NOTHING, just want to let it pass. NO FIGHT!” tweets president 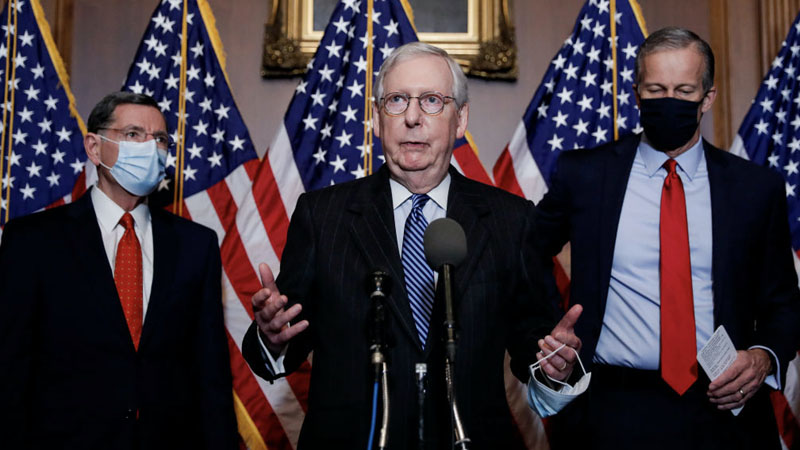 After the Electoral College vote on 14 December, Republican Senate Majority Leader Mitch McConnell for the first time addressed Joe Biden as “president-elect”, congratulating him on the win and lauding him as “no stranger to the Senate”. A number of other top GOP members followed suit, triggering Trump’s disdain.

Incumbent US President Donald Trump has taken aim at Senate Majority Leader Mitch McConnell and other top-ranking Republicans, accusing them of failing the GOP’s fight against the outcome of the 2020 presidential election, which Trump insists was “rigged and stolen”.

As only a 6 January joint session on Capitol Hill separates Trump from vacating the White House, in the run-up to President-elect Joe Biden’s inauguration, Donald Trump suggested that Senate Republicans had done “nothing” to counter the alleged voter fraud, which had been “proved at a level never seen before”.

He further drew parallels with the reactions of Democrats, were they to face a similar situation: