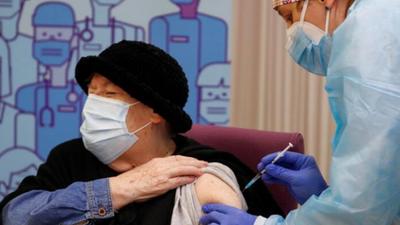 As Europe begins vaccinating the first wave of high-priority patients, a “glitch” has already emerged: many health-care workers and others have refused to take the vaccine, as skepticism and suspicion remain elevated.

A similar phenomenon has played out in the US, but to a less intense degree. But the situation, which we discussed last night, is now one of a variety of reasons, from a shortage of supplies and raw materials, to an uncooperative populace, that public-health officials are growing worried about hitting lofty vaccination targets.

And so, in Spain at least, government bureaucrats are fighting back, as Health Minister Salvador Illa warned the country would set up a “registry” for everybody who refuses the vaccine.