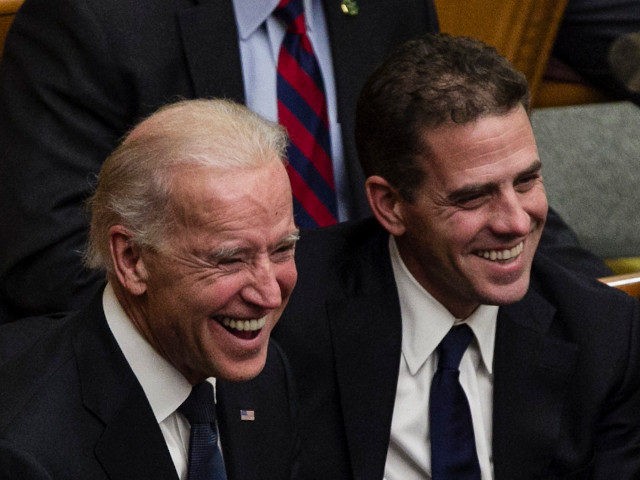 Former Vice President Joe Biden told CNN’s Jake Tapper that he would avoid conflicts between his family’s business interests and his job as president — a promise he failed to honor during the Obama-Biden administration.

As Breitbart News contributor Peter Schweizer has demonstrated, several of Biden’s family members have used his position to gain access to wealth and opportunity — most notoriously his son, Hunter Biden.

In August 2019, Biden said (as reported by Politico:

“I have never discussed, with my son or my brother or with anyone else, anything having to do with their businesses. Period,” he said. “And what I will do is the same thing we did in our administration. There will be an absolute wall between personal and private [business interests] and the government. There wasn’t any hint of scandal at all when we were there. And I’m going to propose the same kind of strict, strict rules. That’s why I never talked with my son or my brother or anyone else — even distant family — about their business interests. Period.”