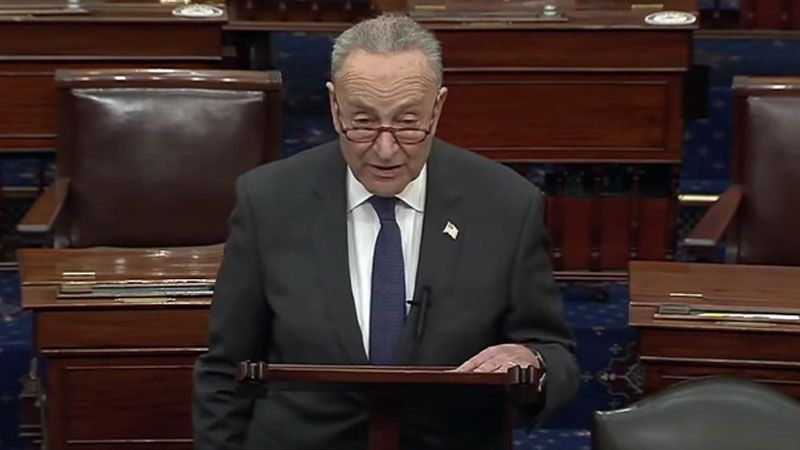 “Everybody knows the Senate plays a pivotal role in confirming a new president’s cabinet,” Schumer said on the Senate floor Monday. “In the midst of this once-in-a-century crisis, it’s imperative the next administration can count on the Senate to confirm its cabinet without delay.”

[…] “Hearings on President-elect Biden’s nominees should begin in January immediately after the Georgia runoff elections,” Schumer said, referring to the two Jan. 5 elections that will decide which party controls the Senate.

Ignoring the ensuing legal battles over election fraud in the battleground states like Pennsylvania and Georgia, Schumer said the Senate should “follow precedent” and have Biden’s Cabinet members confirmed before January 20th.