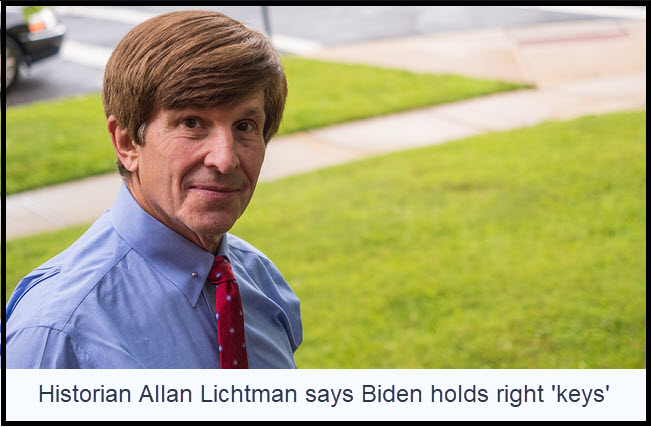 By this time next month we may know who won. Just kidding, sort of. Earlier, I predicted that if Trump wins, endless legal disputes would ensue, along with violence in the streets. However, I also said Trump’s margin of victory would be big enough to allay Wall Street’s anxieties about not having a clear winner. I still see it that way, although given the heavy tilt of the polls toward Biden, I’d want at least 8-to-1 odds to bet on a big Trump win.

A smart guy who thinks otherwise is Allan Lichtman, an American University historian with a supposedly perfect record picking presidential winners since Reagan. He has gotten every race right, we are told, including Trump’s shocking victory over Hillary Clinton in 2016. It would seem that he also predicted the impeachment. Lichtman favors Biden this time, based on 14 ‘keys’ he uses to determine which way notoriously fickle voters will veer. Incumbency is an important ‘key’ for Trump, Lichtman concedes, but the President loses out on too many others. He cites as negatives the Covid-depressed economy and the supposed Russian scandal. In my estimation, the professor has gotten these two ‘keys’ so badly wrong that his credibility should have taken a hit. Instead, he has become a big hit himself, a celebrity on Trump-fearing news shows.