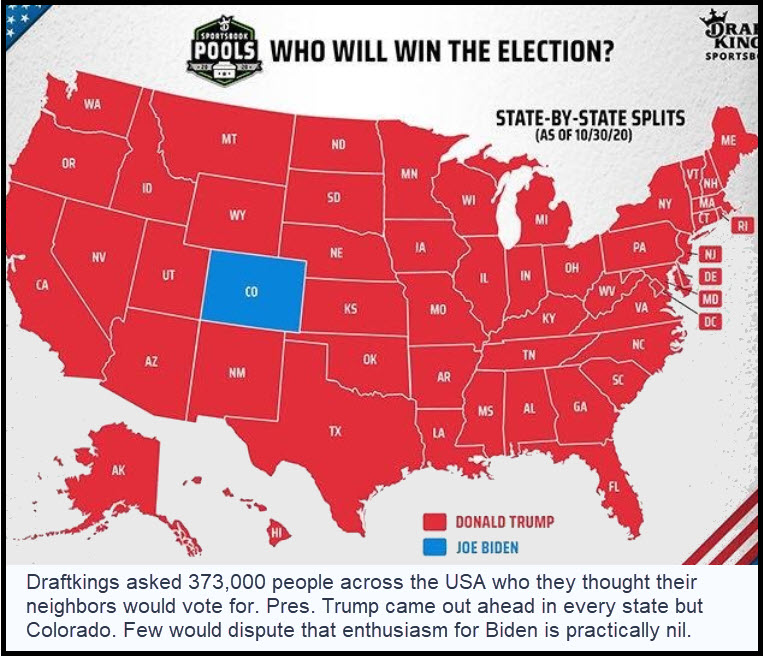 The map showed up in my email this afternoon, sent by a subscriber who, like me, simply cannot fathom polls that have Biden winning. This poll asked 373,000 people across America who they though their neighbors would vote for. Trump won in every state but Colorado, which has to mean something. If the many pollsters who have predicted Biden will romp turn out to have been wrong, I distrust the news media enough to assume that the encouraging numbers they provided to him were by design rather than error. Realize that if the major news outlets can fix things so that half of the nation has no clue what the Hunter Biden laptop scandal is all about, then they can easily fudge the results of a half-dozen surveys. I don’t go quite so far, however, as to believe, as one friend does, that the CIA is capable of hacking computers used by Pennsylvania, Texas and a few other key states to tally votes uploaded from the precincts. I wouldn’t deny that this is theoretically possible, only that the agency has shown the aptitude for staging such a coup without leaving elephant tracks.