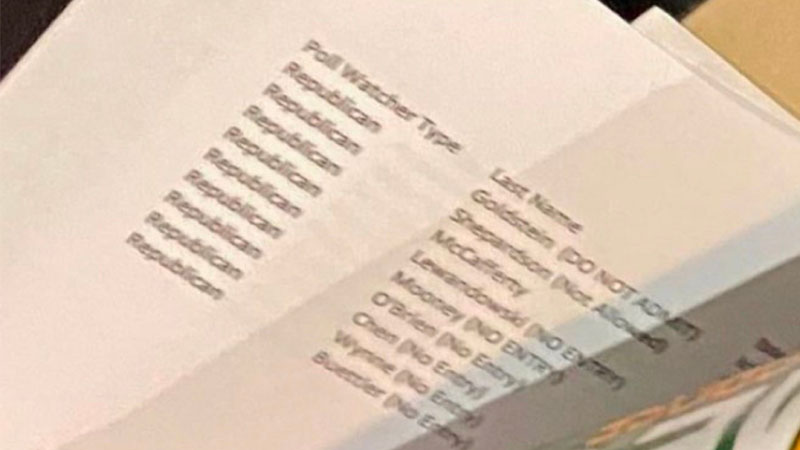 President Trump’s Director of Election Day operations Mike Roman tweeted out a photo showing a list of Republican poll watchers that were flagged as “NO ENTRY” individuals at Philadelphia polling stations.

The list includes Trump senior adviser Corey Lewandowski, who was barred from observing at a polling station in defiance of a court order.

“Look at this. I was DENIED access even with a court order. What are they hiding in Philly. Election Fraud,” Lewandowski tweeted.

[…] The list is further evidence that Democrats had deliberately excluded Republican poll observers in Philadelphia.