The president’s warnings about the destructive potential of a Democratic White House should make us skeptical of the powers of the executive—not just the person who wields them. 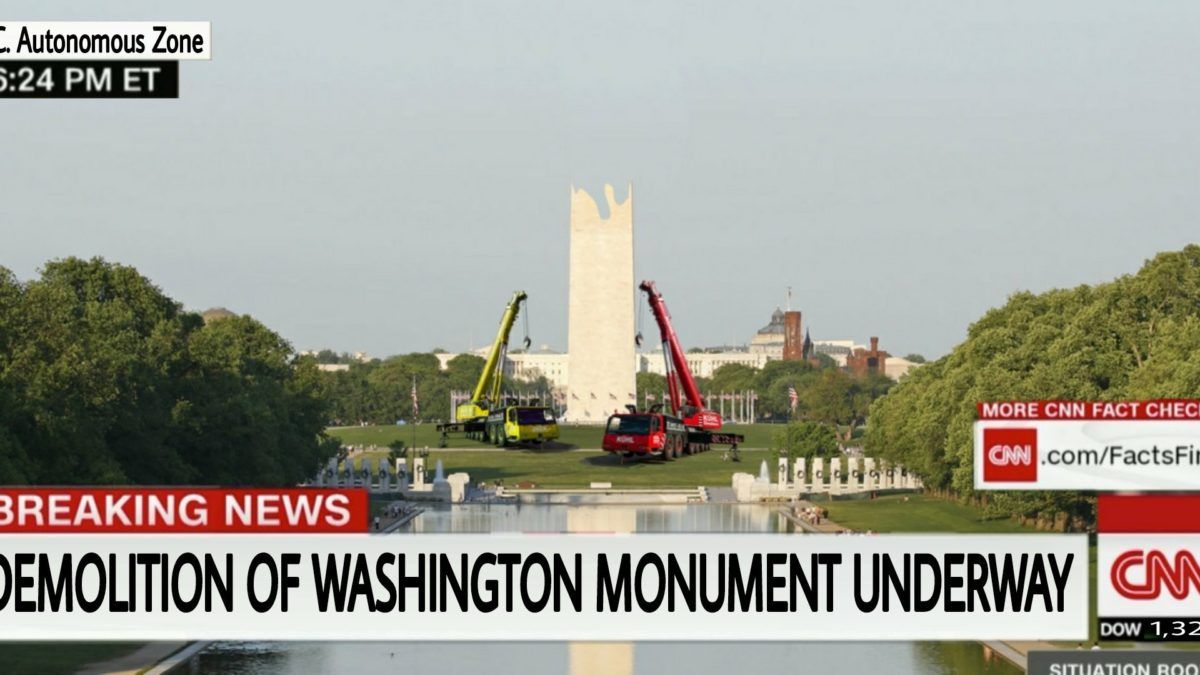 There’s no telling where the destruction wrought by a President Joe Biden would end. Not even our most prized obelisks would be safe.

On Monday afternoon, President Donald Trump’s campaign tweeted out a screenshot of an imagined future CNN report from the “D.C. Autonomous Zone” where the demolition of the Washington Monument is well underway. “This would be Joe Biden’s America,” the caption reads.

The tweet is perhaps meant as a bit of tongue-in-cheek hyperbole. (By the Trump campaign’s standards, it’s even relatively charitable to CNN in depicting the network neutrally covering urban unrest.)

It’s nevertheless in keeping with the dark closing message of Trump’s campaign: A Democrat-controlled White House will use the immense power of the Oval Office to remake America.