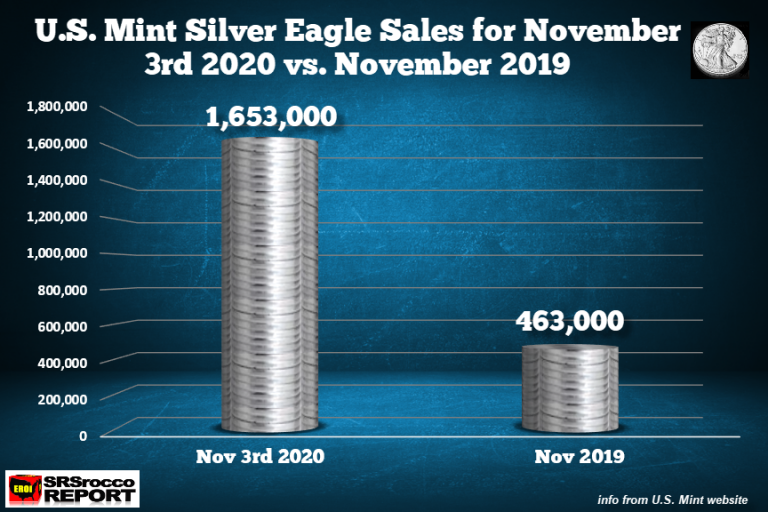 I thought Silver Eagle sales might slow a bit during the last few months of the year, but it seems as if demand for the official coin continues to be very strong. In my last update, I reported that the U.S. Mint sold a total of 3,397,000 Silver Eagles in October. However, with the most recent update on the U.S. Mint website, 1,6530,000 Silver Eagles were sold as of November 3rd.