The fabulism that is inseparable from Trumpism can conjure up “millions” of stolen votes as easily as “more than a MILLION” protesters. 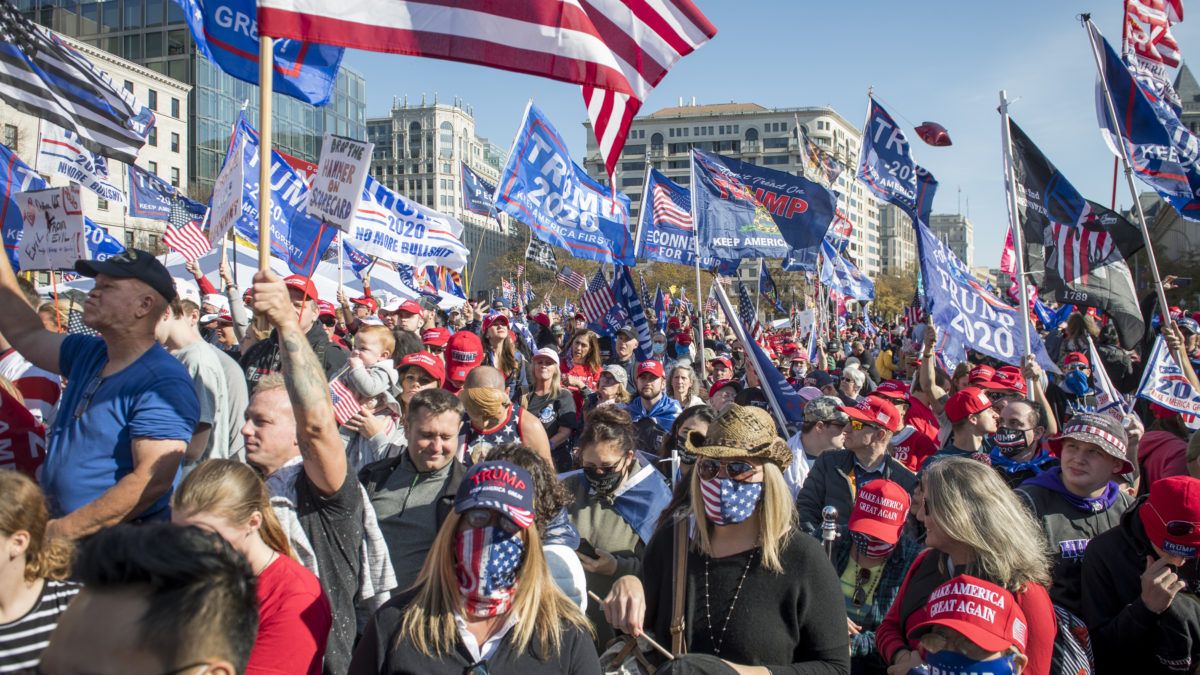 Donald Trump began his presidency by asserting, based on “alternative facts,” that he had attracted “the largest audience to ever witness an inauguration.” He is ending his presidency by averring that Saturday’s pro-Trump rally in Washington, D.C., attracted more than 1 million people. And just as he claimed that he would have won the popular vote in 2016 if it weren’t for “the millions of people who voted illegally,” he is now insisting that the Democrats stole this year’s presidential election by altering “millions of ballots.”

These are fitting bookends for a president who often seems to live in a parallel universe shaped by his ego’s demands. While Trump’s fantasies about massive election fraud may be more consequential than his fictitious crowd numbers, both kinds of misrepresentations reflect his need to twist reality into grotesque but self-flattering shapes. While that tendency is often amusing, it is also more than a little disturbing to anyone who thinks truth should count for something in political debates.