“The law is not being followed, making this an illegitimate election” 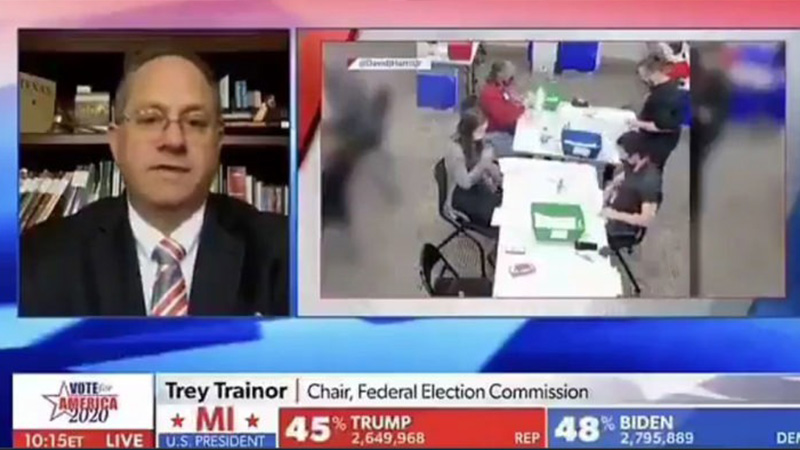 Trey Trainor, the Chairman of the Federal Election Commission, stated during an appearance on Newsmax this Thursday that he “does believe there’s voter fraud taking place,” and confirmed that the refusal to allow poll watchers to observe the ballot counting process – among numerous other irregularities – does indeed constitute an “illegitimate election.”

“I do believe that there is voter fraud taking place in these places,” Trainor said. “Otherwise they would allow the observers to go in.”

“When you have claims of 10,000 people who don’t live in the state of Nevada having voted in Nevada, when you have the video showing where people are either duplicating a spoiled ballot right there, or they’re in the process of just marking a ballot that came in blank for a voter, that’s a process that needs to be observed by election observers,” Trainor said.