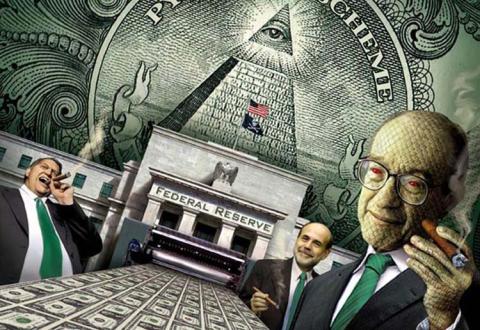 Gone are the days of the Federal Reserve hiding in the shadows. Now it’s a woke central bank fighting for climate and racial justice. Progressives must not fall for this but instead team up with the populist right to audit the Fed and demand transparency.

Let the healing begin! If it is going to be President Joe Biden a couple months from now, then there will be all the more incentive for antiestablishment Democrats to join forces with populist Republicans. What better issue than auditing the Federal Reserve System?

There is strong precedent for progressives and the populist right to unite around an “Audit the Fed” movement. In early 2009, Congressman Ron Paul introduced the Federal Reserve Transparency Act, which garnered 320 House cosponsors by the summer of 2010.

Since then, the antiestablishment factions of both parties have grown and at least one of the 2009 House cosponsors now holds a Senate seat. Audit the Fed has passed the House on three occasions, so it could see as much or more success this coming session.