Martin Armstrong – The Reset is Communism 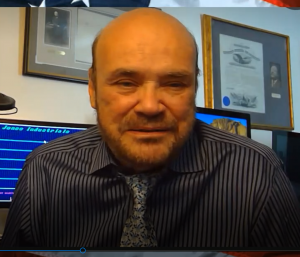 Legendary financial and geopolitical cycle analyst Martin Armstrong said his computers picked up massive fraud coming in the 2020 Election years ago. Armstrong explains, “The computer doesn’t ask my opinion, or anybody else’s, it just goes on the numbers from the economic data. It’s never been wrong. Besides 2016 (predicted Trump win) and for this one, it said it would be the most corrupt election in American history. I published this out at least two years ago. People have to understand, this isn’t my opinion. This has gone far beyond anything I would have anticipated. Every election you have had dead people voting. That’s pretty standard, and that’s not something new. . . . This is just off the charts. This is the Left, and they are so desperate to take over the United States.”

If the cheating is “off the charts,” then how bad was it in terms of fraudulent votes, including votes taken from President Trump and votes given to Joe Biden? Armstrong contends, “The cheating is in the millions, definitely millions, and perhaps as much as 38 million. This is some of the information I am getting from behind the curtain.”