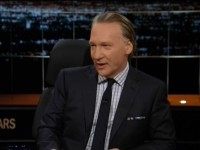 On Friday’s broadcast of HBO’s “Real Time,” host Bill Maher stated that living in California feels like Italy in the 1970s, where there are high taxes, but “I don’t know what I’m getting for my super high taxes.” Maher also argued that the Democrats who run the state need to cut through the needless bureaucracy that he characterized as “corruption.”

Maher said, “There is an exodus. California businesses are leaving the state in droves. In just 2018 and 19, which were economic boom years, 765 commercial facilities left. 13,000 businesses left between 2009 and 2016. Look, I came out here in 1983, I found paradise. I love California. I do. I don’t want to leave. But I feel like I’m living in Italy in the 70s or something, super high taxes, potholes in the road. I don’t know what I’m getting for my super high taxes. And I do — and this talk of exodus, I tell you, people talk about this a lot now, and people are leaving.”

Maher then discussed the problems with bureaucracy he’s personally had with installing solar panels and stated that the process is “just corruption.”