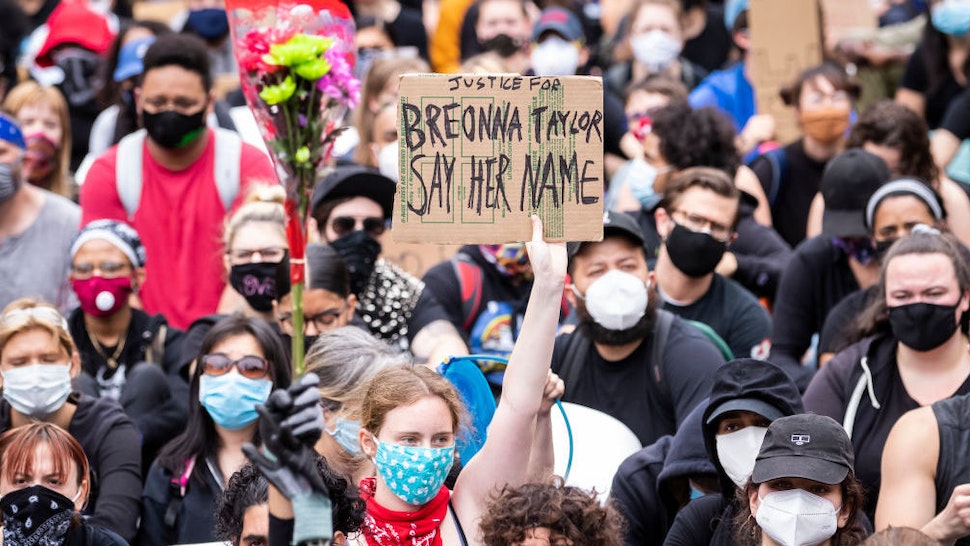 Breonna Taylor’s boyfriend Kenneth Walker “had numerous conversations about drug trafficking” in his phone, investigators said, according to a document dump from the the Louisville Metro Police Department.

Walker, who fired at plainclothes officers during a raid on Taylor’s home on March 13 that tragically left her dead and one officer shot, allegedly had more than two dozen customers he dealt to, according to chats spanning from the fall of 2019 to March of this year, The Daily Mail reported Wednesday.

Released photos also show Taylor and Walker brandishing weapons, one of which is captioned “partners in crime.”