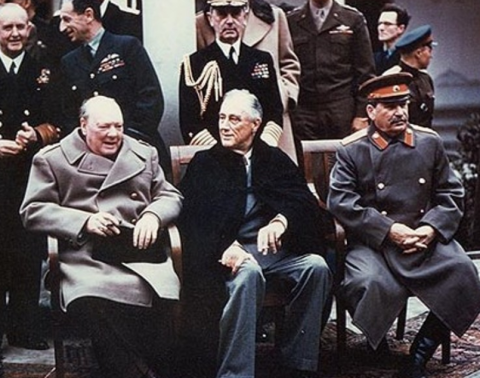 This year is the seventy-fifth anniversary of the end of World War II. One of the biggest frauds of the final stage of that war was the meeting at Yalta of Soviet dictator Joseph Stalin, British prime minister Winston Churchill, and President Franklin Roosevelt. Yalta has become a synonym for the abandonment of oppressed people and helped inspire the 1952 Republican campaign theme “20 years of treason.”

The American media uncorked a barrage of tributes to Roosevelt on the seventy-fifth anniversary of his death in April. CNN, for instance, trumpeted Roosevelt as “the wartime president who Trump should learn from.” But there was scant coverage of one of his greatest betrayals.

Roosevelt painted World War II as a crusade for democracy—hailing Stalin as a partner in liberation. From 1942 through 1945, the US government consistently deceived the American people about the character of the Soviet Union.