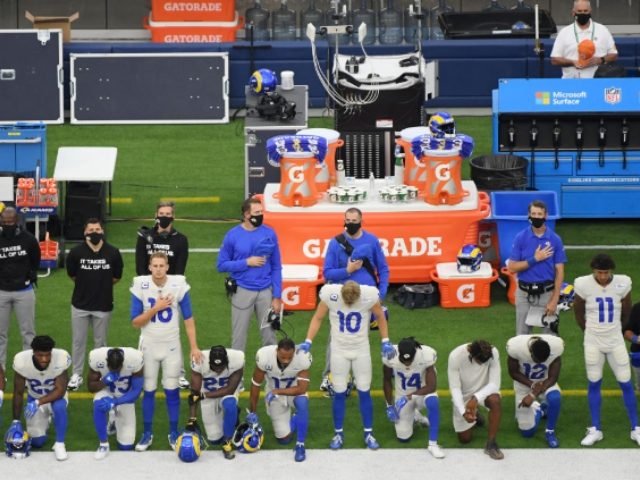 The Sunday Night Football clash between the Rams and the Cowboys was supposed to halt the ratings crash the NFL has experienced so far in the 2020 season.

Spoiler alert, it most certainly did not halt the ratings crash.

According to DEADLINE Hollywood, ratings for NBC’s only weekly NFL game, were down a shocking 28%.

Putting on the two teams with big national followings, SNF snared a 4.7 in early ratings among adults 18-49 and 14.81 million viewers last night.

In numbers certain to change, that’s a fall of 28% in the ratings and a hard decline of 23% in sets of eyeballs from what the September 8, 2019 official start of SNF snagged in the early numbers of its opening game of last season. While the early Nielsen data lacks West Coast numbers, which is kind of important when you have a team from the mega-market of LA playing, this result is going to be hard pill for the NFL and NBC to swallow.

These results are disastrous for the NFL. Not just because the numbers themselves are bad, but because of the teams that played on Sunday Night Football.