[Ed. Note: Open fire on the police… You too can make your family $12 million richer.] 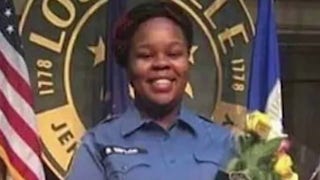 The city of Louisville on Tuesday announced a $12 million financial settlement with Breonna Taylor’s family, eclipsing previous payouts made by police

“These are significant policy changes on top of many others we have already made including those that are part of Breonna’s Law as well as changes to policies on use of force and if tear gas would ever need to be used,” he added.

Taylor was fatally shot by police in her apartment six months ago following a no-knock search warrant. Her death has led to widespread protests against police brutality and systemic racism across the country.