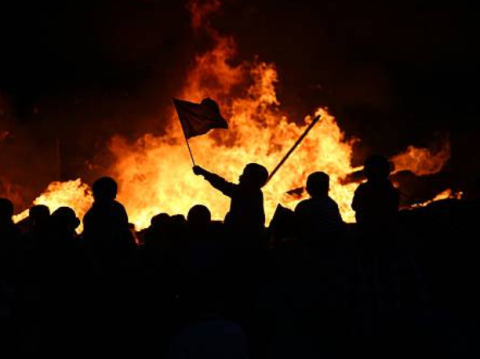 “Your right to swing your arms ends where another person’s nose begins.” While this widely attributed quote sounds ostensibly libertarian in terms of respecting self-ownership, it’s actually quite misleading. One need not abide some lunatic swinging his arms about near one’s face, being forced to tolerate it as long as no physical contact is made. Rather, property owners may establish rules regarding the conduct of those who choose to enter their property, including prohibitions against swinging arms near other people’s faces. Individuals may then decide what rules they are willing to tolerate when they enter another’s property, and competition between property owners enables them to determine what bundle of rules various consumers prefer.

This is not the case on so-called public property—that is, land areas controlled by the state such as streets, roads, parks, government buildings—even if that state were perfectly constrained by a written constitution. In The Structure of Liberty, Randy Barnett articulates this problem well: