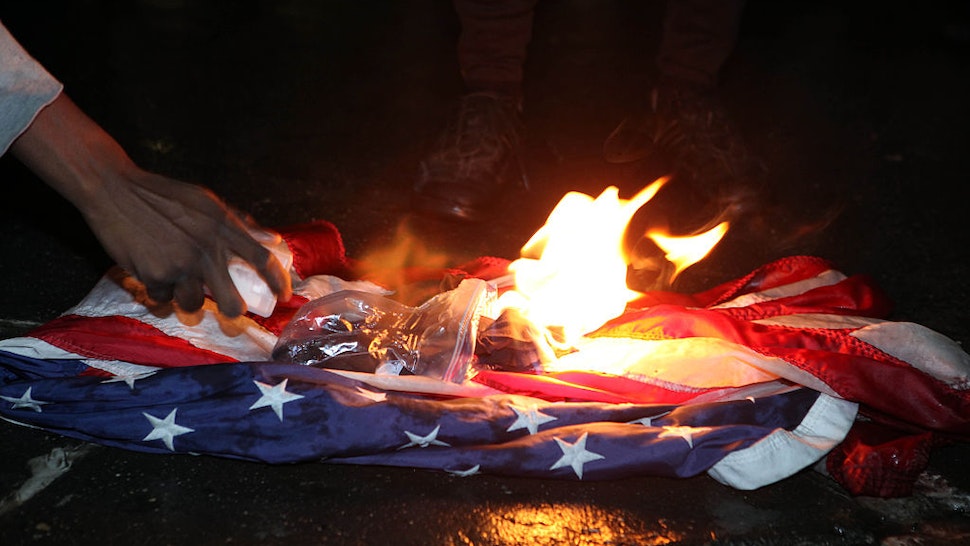 Rioters among the crowd also set fires and broke into several businesses while vandalizing others, according to police. Video of the protest along with the anti-American chant went viral across Twitter on Sunday.

“This wasn’t widely reported. On Wednesday night, around 700 black bloc militants and their supporters rampaged through Oakland, Cal. They chanted “death to America” while starting fires and smashing cars and buildings,” The Post Millennial Editor-at-Large Andy Ngo said.