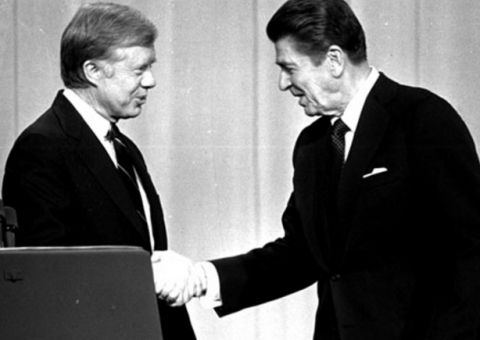 Presidential campaigns in the United States tend to be discouraging affairs, even if one is not a libertarian who has zero expectations that anything good can come from American elections. The old saw that insanity consists of doing the same thing repeatedly and somehow expecting different results applies to presidential campaigns as well as to anything else.

For whatever reason, Americans (and especially the American media) seem to believe that the process by which voters select presidential candidates some day will produce a Marcus Aurelius (or some other philosopher king) as opposed to the final race we have between Donald Trump and Joe Biden, neither of whom will resurrect memories of orators like Daniel Webster or Frederick Douglass. Instead, it will be a race in which observers watch to see who commits the most malapropisms.