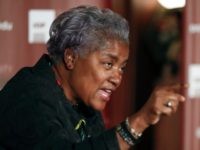 While commenting on the first night of the Republican National Convention, Bruce said, “No Democratic has spoken out against the nature of what’s happening in Kenosha, Portland, Seattle, Baltimore, New York, Chicago. Americans have a choice, and the fact is that the Republicans are showing an expanse of what the American sensibility and what the American future is.”

Brazile said, “This is why the choir sounds like aa note coming from a scratched record. It sounds like I will never be an American in your world, because, after 400 years, my family cannot walk out of this house without fearing violence.”

Kilmeade said, “That’s not what anyone said.”