He has done everything in his power to stop immigrants from gaining citizenship. 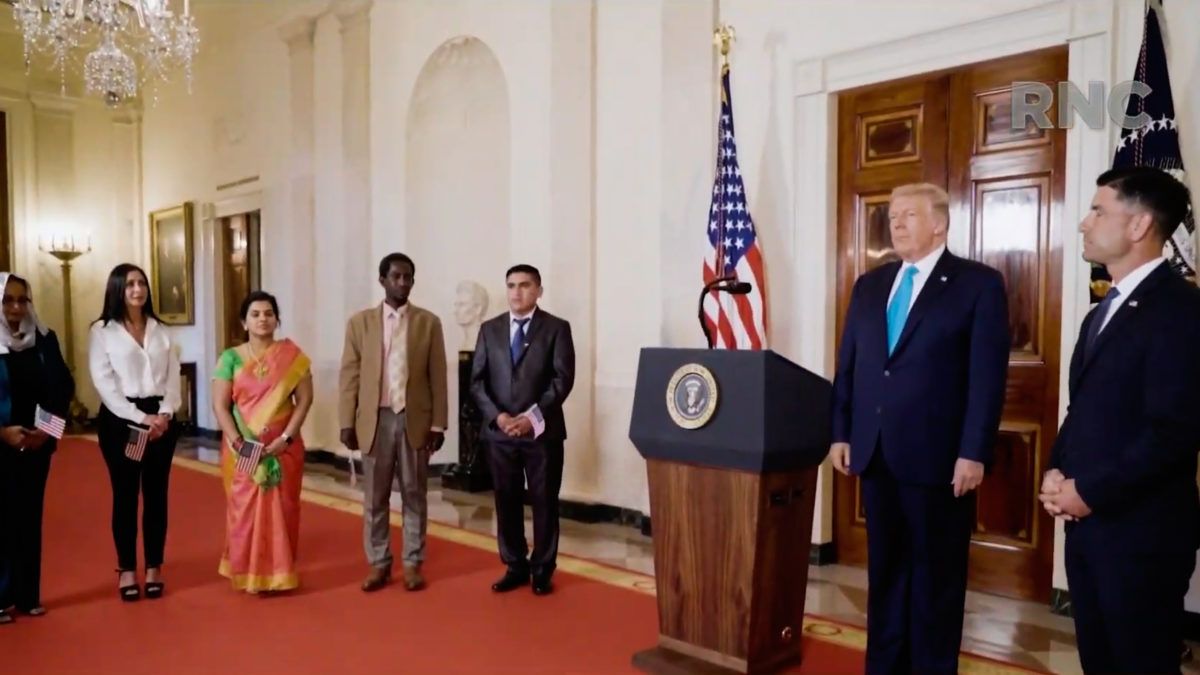 This year’s carefully staged, semi-virtual Republican National Convention (RNC) featured footage of President Donald Trump performing a naturalization ceremony in the White House, politicizing what is a sacred right of passage for immigrants. But even as he inducted five hand-picked immigrants into full citizenship and showered them with praise, he has gone out of his way to dismantle the citizenship program for hundreds of thousands of others.

Two of the immigrants did not know until minutes before the ceremony that Trump would attend much less that it would be later aired at the RNC. They subsequently said they didn’t mind, but it would have been nice to at least give them the option of exercising their newfound political freedom and letting them have a say in whether they wanted to be used as props for the president’s re-election campaign. In his remarks, Trump himself pointed out that the immigrants had “followed the rules” and “obeyed the laws” and earned the right to become citizens. But what he didn’t mention was just how hard he was working to prevent others from getting to the same place—including doubling the naturalization fee (from $640 to $1,160) and the processing time. That, however, is the least of it.