Sanders was once Biden’s biggest rival in the Democratic primaries 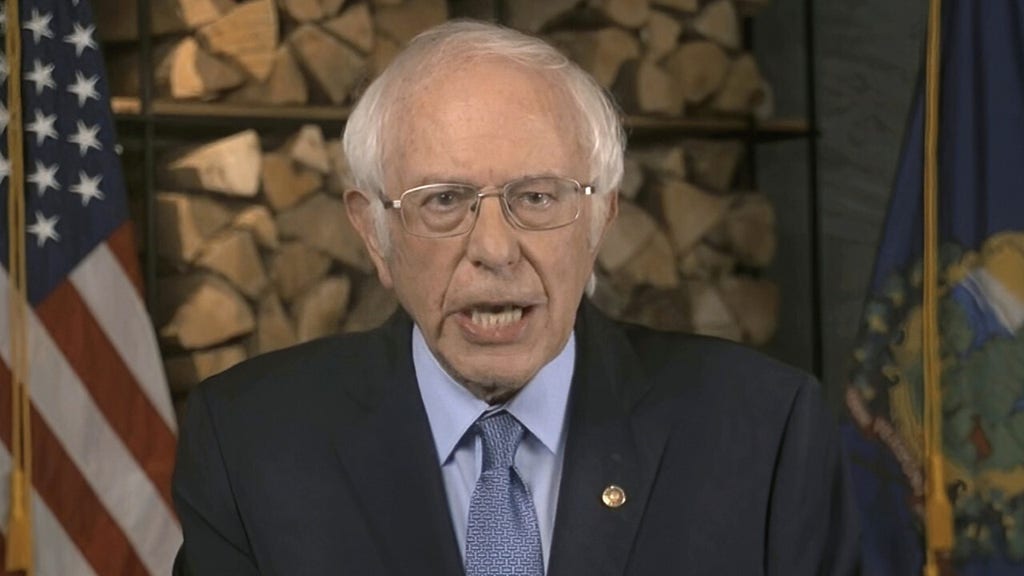 Vermont Sen. Bernie Sanders made a dire plea to his supporters during Monday evening’s Democratic National Convention by asking them to cast their votes for presumptive Democratic nominee Joe Biden to prevent the spread of “authoritarianism” under President Trump.

Sanders – a progressive independent from Vermont – was once Biden’s biggest rival in the Democratic primaries, but in recent months has come over to the former vice president’s camp ahead of November’s general election.

During a speech from his home in Burlington, Sanders specifically called on his wide base of support among leftwing voters to go to the ballot box for Biden, arguing that Biden stands as the last line of defense against the demise of progressive polices under Trump.

“Our campaign ended several months ago but our movement continues and it gets stronger everyday,” Sanders said. “But if Donald Trump is reelected, all the progress we have made will be in jeopardy.”