Comments will do wonders for 17-year-old’s self-defense argument. 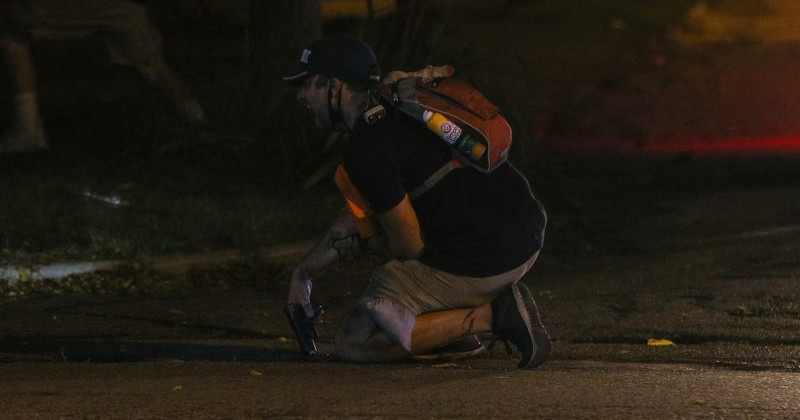 The Black Lives Matter protester in Kenosha who was shot in the arm by Kyle Rittenhouse says that his only regret was “not killing the kid,” a statement that will do wonders to help Rittenhouse’s self-defense argument.

Gaige Grosskreutz, who was caught on camera pointing a gun at Rittenhouse before the teenager show him in the arm, made the comments after doctors were able to save the limb from being amputated.

According to his friend Jacob Marshall, who is pictured with Grosskreutz, the BLM supporter’s “only regret was not killing the kid and hesitating to pull the gun before emptying the entire mag into him.”

In the Facebook post, Marshall also admits that Grosskreutz “drew his weapon” before he was shot by Rittenhouse.