“This is very upsetting.”

[Ed. Note: He should have gotten together with 20 close friends, and beat up a random white person. We know that’s not a hate crime,] 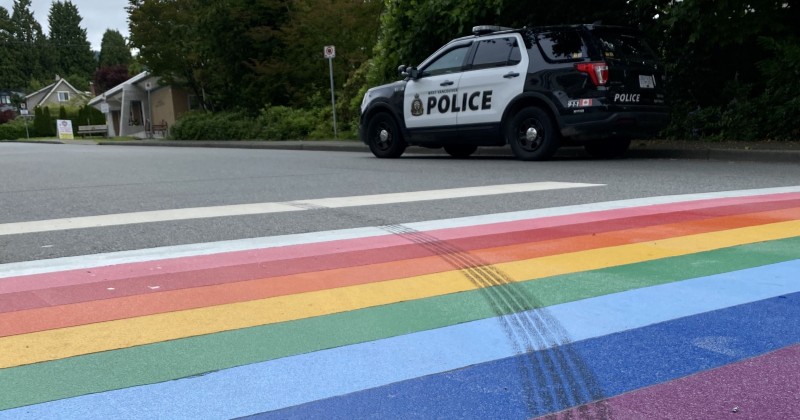 West Vancouver Police accused a man of carrying out a “gesture of hate” for ‘defacing’ a rainbow-colored gay pride crosswalk after he left tire marks on the road.

“On July 7, 2020 at 4:04 pm staff inside the police station heard a loud and sustained tire squealing outside,” according to the West Vancouver Police website. “When officers took a closer look, they discovered that someone had just left tire marks across a portion of the crosswalk, at the intersection of 16th St and Esquimalt Ave.”

The man then left the area at high speed but has since been identified by authorities.

“This is very upsetting,” said Cst. Kevin Goodmurphy. “For whatever reason, this person has chosen to leave a gesture of hate on a crosswalk that stands for the exact opposite.”