Some kind of contradiction here. 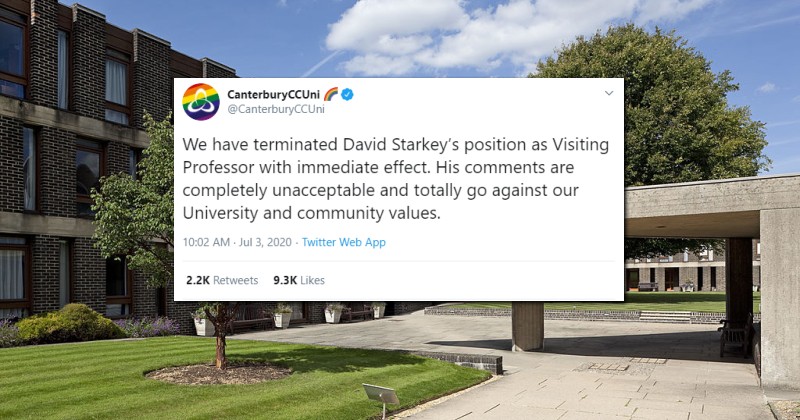 Cambridge University insisted “we do not tolerate racism” after accepting historian David Starkey’s resignation, having previously promoted another professor who admitted she had urges to “kneecap white men.”

Starkey is facing widespread cancellation from numerous positions at several major educational institutions after he made controversial comments on race during an interview with conservative commentator Darren Grimes.

The historian argued that slavery did not represent genocide because there were still “so many damn blacks” in both Africa and the UK.

Cambridge University Fitzwilliam College immediately announced that it had “accepted the resignation of historian David Starkey from his honorary fellowship with immediate effect.”