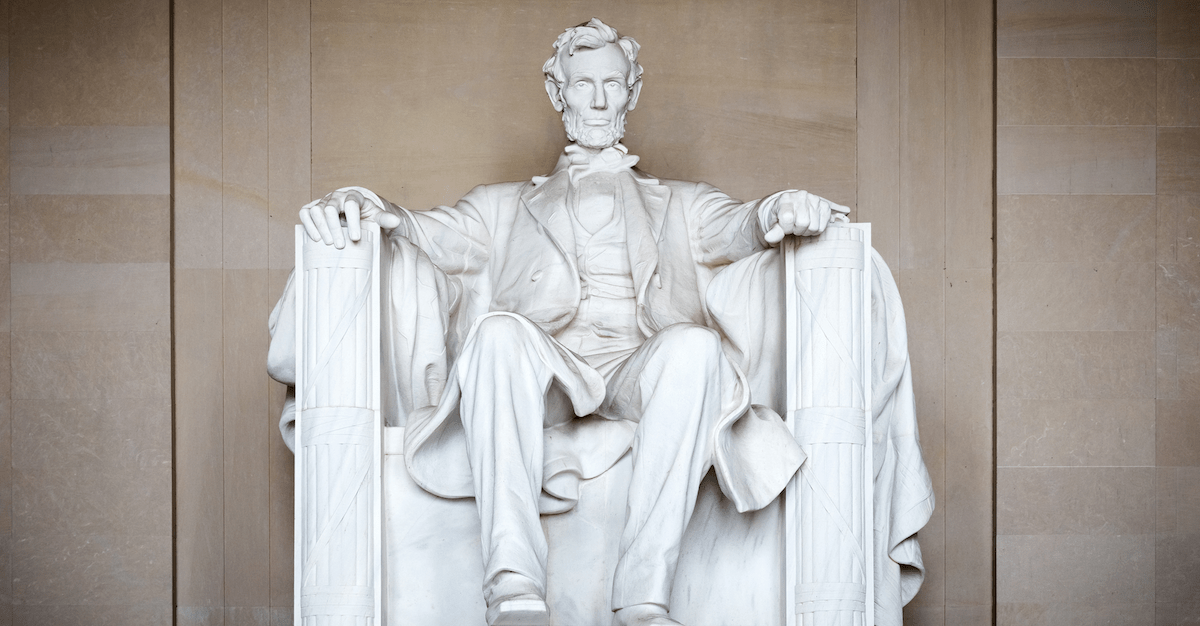 Well, we knew it was bound to happen sooner or later.

Last week a handful of students at the University of Wisconsin-Madison called for a statue of Abraham Lincoln to be removed from the campus.

Unlike other more ‘controversial’ Lincoln statues that portray him breaking the chains of slavery, this one simply shows Lincoln sitting in a chair.

But it’s offensive, say the students. And they want it removed.

As I wrote to you a few weeks ago– nearly EVERY American historical figure, including Lincoln, George Washington, Benjamin Franklin, all the way down to Amerigo Vespucci (for whom the American continents are named) was either a slave owner or a white supremacist.