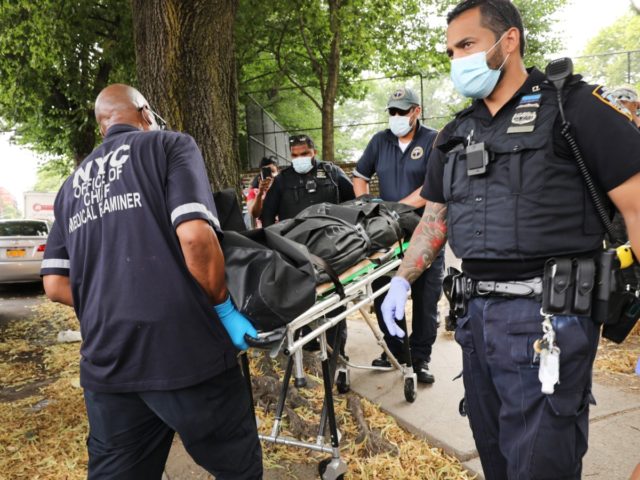 Shootings in Mayor Bill de Blasio’s New York City were three times higher last week than they were during the same week in 2019.

On Sunday, July 5, alone there were 30 shootings with 48 victims, nine of whom succumbed to their wounds.

Ironically, there was a surge in shootings in the days and weeks prior to June 29-July 5 as well.

On June 29, 2020, Breitbart News reported more than 110 people had been shot in NYC over the course of nine days. The 110-plus victims were wounded or killed in 83 different shootings that occurred during that nine-day period, 1010WINS reported.