Some have likened incidents to Charlottesville-style attempts at vehicular manslaughter, others see the protesters as the agitators putting everyday citizens at risk 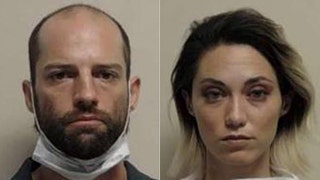 Protesters who have taken to streets around the country to demand a national reckoning on racial injustice since the death of George Floyd have used the tactic of blocking traffic – and in some instances captured on video – have swarmed cars, jumped on the hoods and even attacked drivers.

Depending on their point of view, some have likened incidents to Charlottesville-style attempts at vehicular manslaughter. Others seeing videos circulating on social media view the protesters as the agitators putting the safety of everyday citizens at risk.

A recent 911 call from a frightened Virginia woman who dialed for help when protesters pounded on the hood of her vehicle and blocked her path – all while her young daughter cried in the back seat – has left many questioning what to do should police officers not intervene on their behalf.