Sources tell 5 On Your Side police seized one of the weapons, the rifle, from the couple and they told police their attorney has the pistol seen in photos.

[Ed. Note: Dear BLM, your prayers have been answered. The couple have been disarmed. You may now return to the house and claim what is ‘rightfully’ yours.] 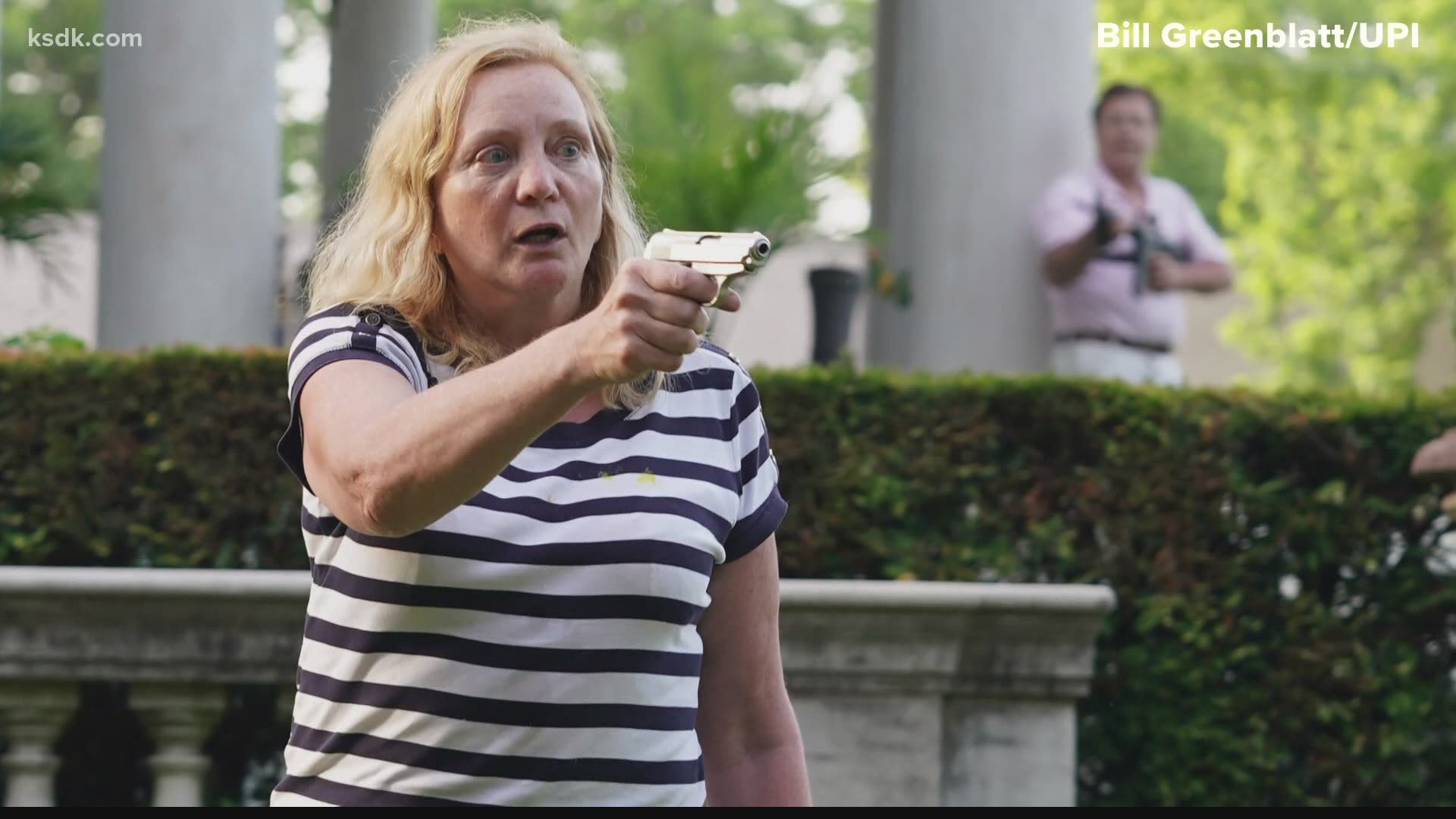 ST. LOUIS — 5 On Your Side has learned St. Louis police officers executed a search warrant Friday evening at the home of Mark and Patricia McCloskey, the Central West end couple who confronted protesters with weapons in June.

Sources tell 5 On Your Side that police seized one of the weapons, the rifle, from the couple and they told police their attorney has the pistol seen in photos.

[…] 5 On Your Side is not aware of any charges against the McCloskeys at this time, and the warrant served Friday evening was just for the guns.

Late Friday evening 5 On Your Side confirmed attorney Al Watkins was no longer representing the McCloskeys, and that attorney Joel Schwartz had taken over. Schwartz confirmed a search warrant was issued at 8 p.m. Friday night, but would not say what was taken from the home. Schwartz also said he does not know where the handgun is.