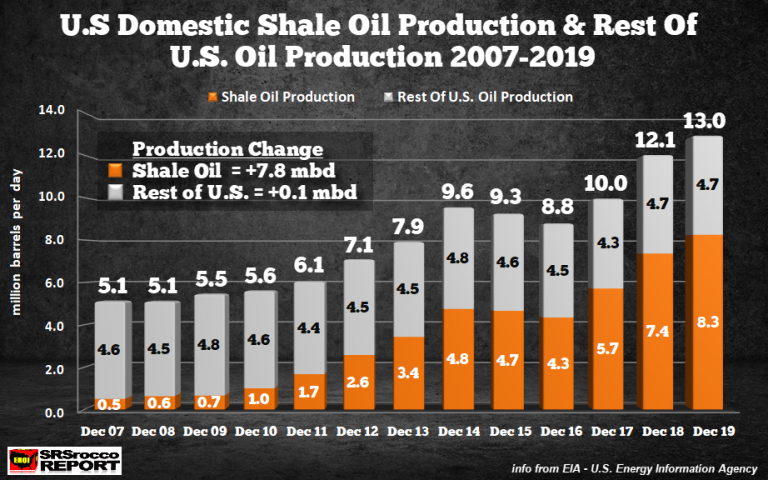 It’s a shame that the drive for U.S Energy Independence only lasted for about a year. Even worse, U.S. Shale Oil Industry responsible for the country’s energy independence is now in serious trouble as the companies have cut drilling by 75% while they are drowning in debt up to the eyeballs. This is a “No-Win” scenario. So, watch over the next 3-6 months as the mighty U.S. Shale Industry begins to implode in glorious 3D-Technicolor.

Amazingly, if it weren’t for the 135,000 shale wells drilled since 2007, U.S. oil production would have remained virtually flat. Yes, that’s correct. Just about all the U.S. domestic oil production growth from 2007 to 2019 came from shale oil (tight oil). Even though there was oil production growth offshore in the Gulf of Mexico, it offset the declines in the states.