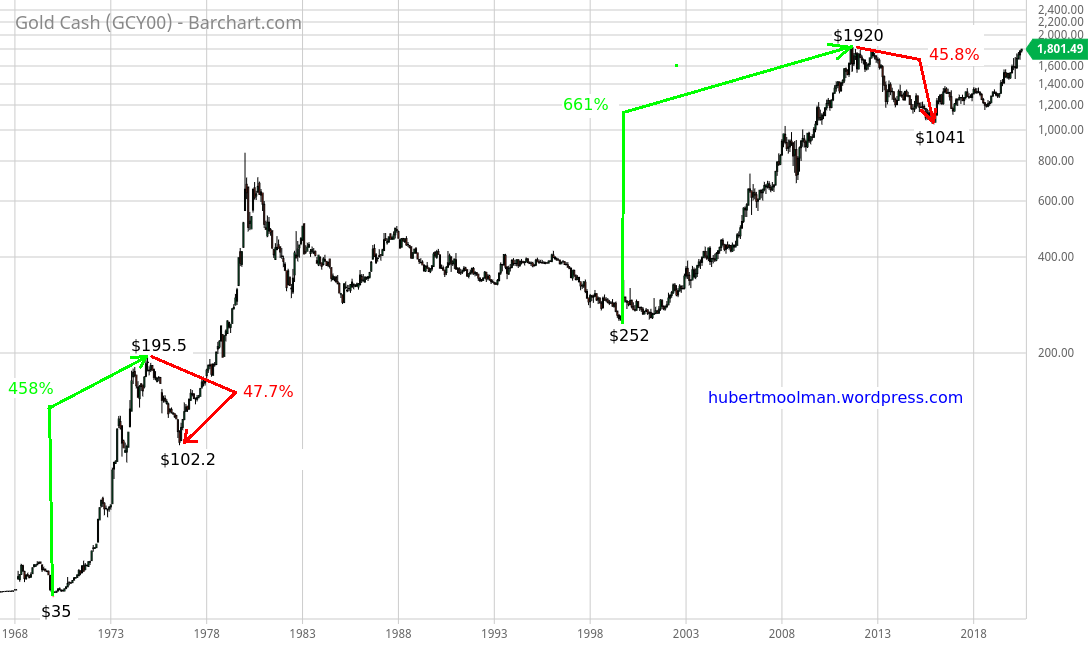 […] At first glance, it would appear that the current bull market outperformed the 70s one. However, it only took about five years (1970 to 1975) to get the 458% increase, compared to the roughly ten years and five months it took to get the 661% increase. If the performance of the current bull market actually matched that of the 70s, then prices should have probably risen more than 1000%.

The declines are almost similar in extent (47.7% vs 45.8%), however; the decline in the 70s only took about one year and nine months, whereas the decline since 2011, took about four years and three months.