One department said a protester was hit in the eye with tear gas after the canister bounced. Video shows something entirely different. 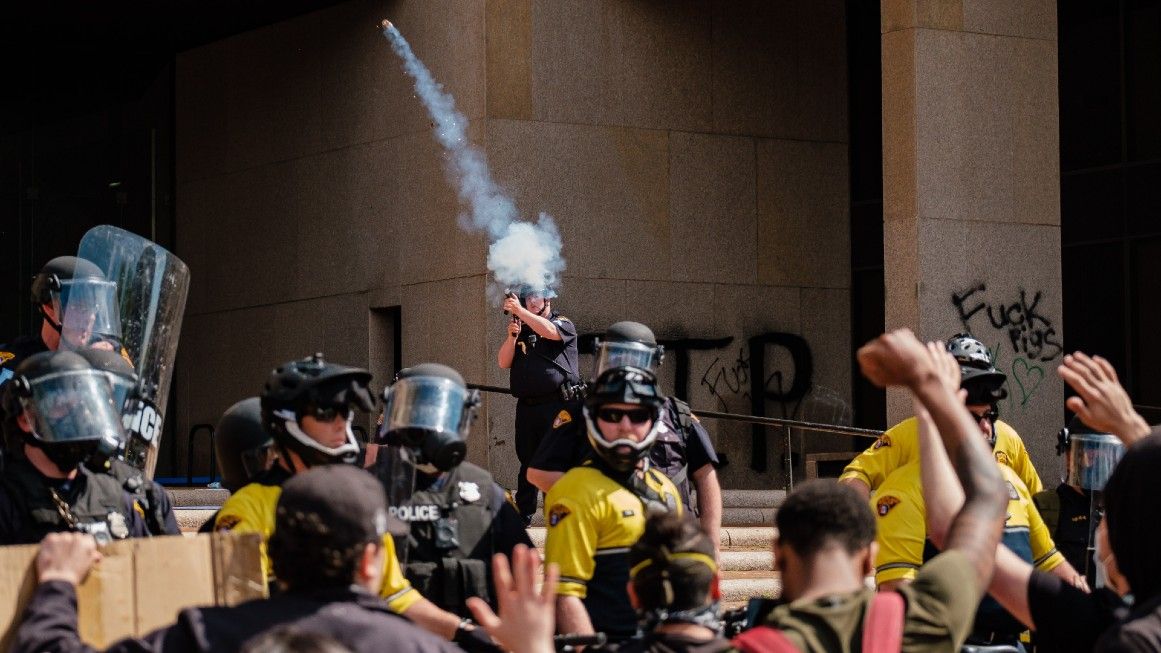 At least eight people across the country were hit in the face with rubber bullets and other less-lethal projectiles during the May 30 anti-police brutality protests that erupted after the death of George Floyd. Videos of these partial blindings, which challenge official statements put out by the various police departments, were released yesterday by The Washington Post.

While many of the departments involved claimed to have deployed rubber bullets, tear gas, and other less-lethal munitions to disperse protesters who were throwing objects at officers, footage from the incidents show many people who were partially blinded posed no “obvious threat” to police.

Before Balin Brake was struck in the eye by a tear gas canister in Fort Wayne, Indiana, video shows him standing with his hands in the air and then running away with other protesters.