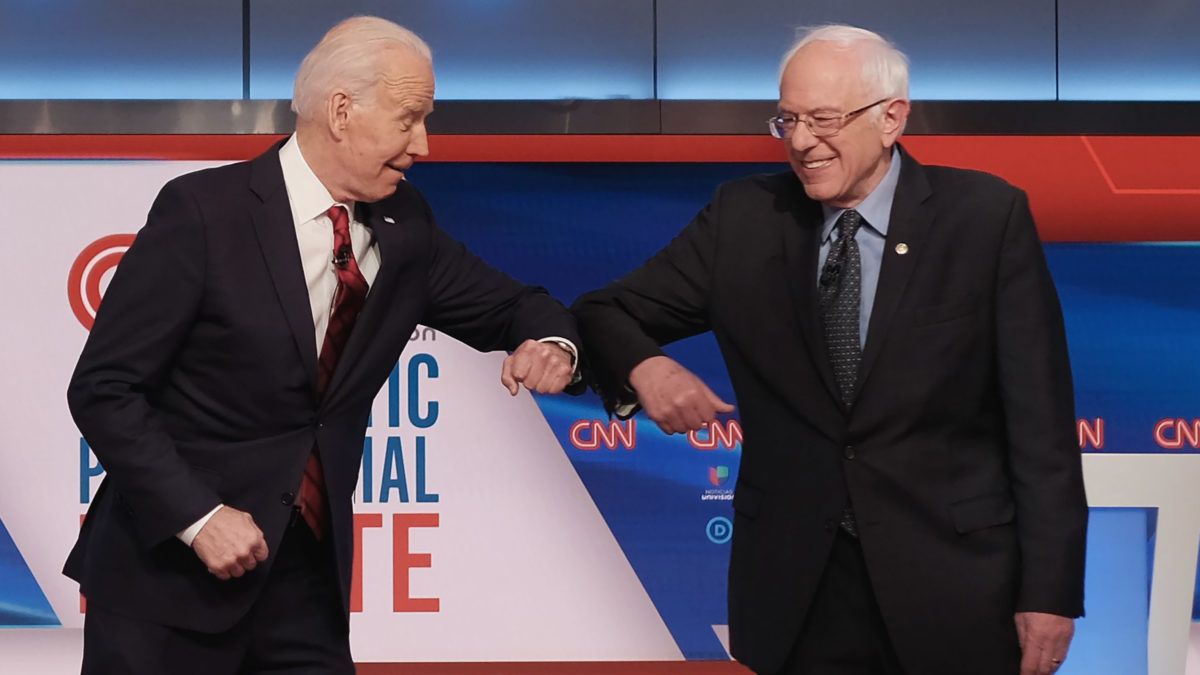 For most of the Democratic primary elections, the race resembled a battle between Sens. Bernie Sanders and Joe Biden—or, at the very least, the ideas and ideals they represented. The geriatric duo made almost perfect foils for each other, one the amiable, moderate party fixture, respected (if not always loved) by Democratic elders, the other its constant, cantankerous left-wing critic and the choice of its young insurgents. They were avatars of the party’s self-satisfied insider class and its disgruntled agitators, the odd couple of Democratic politics, and the spectrum between them encapsulated the entirety of the party’s internal debate.

The contest between the two was real, as was at least some of the animosity between their two camps. But the party’s internal tug-of-war, sometimes sees as a struggle in which one view of Democratic politics would definitively prevail at the expense of the other, obscured the ways in which the two were actually working toward a synthesis, in which Biden’s moderate-seeming likability politics would serve as a vehicle for a policy agenda that was—if not exactly #FullBernie—far more progressive than ever before.