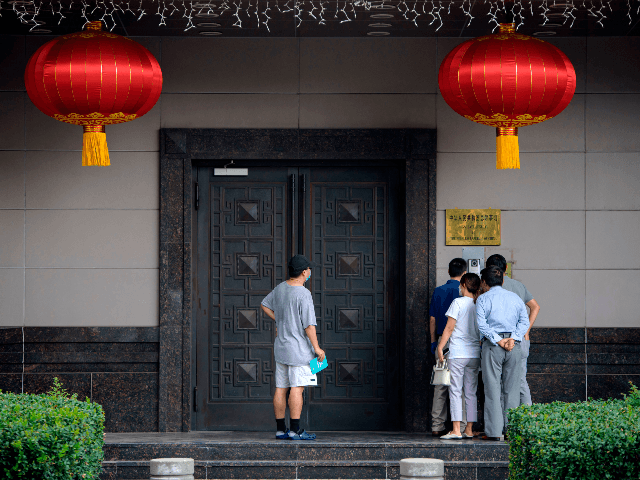 China’s state-run Global Times on Wednesday condemned the United States for its “reckless and dangerous” shuttering of the Chinese consulate in Houston, Texas, and promised Beijing’s retaliation would bring “real pain” to America.

Chinese Foreign Ministry spokesman Wang Wenbin said on Wednesday that the Houston consulate closing was a “political provocation unilaterally launched by the U.S. side” that “seriously violates international law.”

“As the U.S. flagrantly drums up stigmatization and fans hatred against China, our embassy in the U.S. recently has even received bomb and death threats on Chinese diplomatic missions and personnel in the U.S.,” Wang claimed.

The Global Times used the comments from the Foreign Ministry as the basis for some belligerent editorializing: