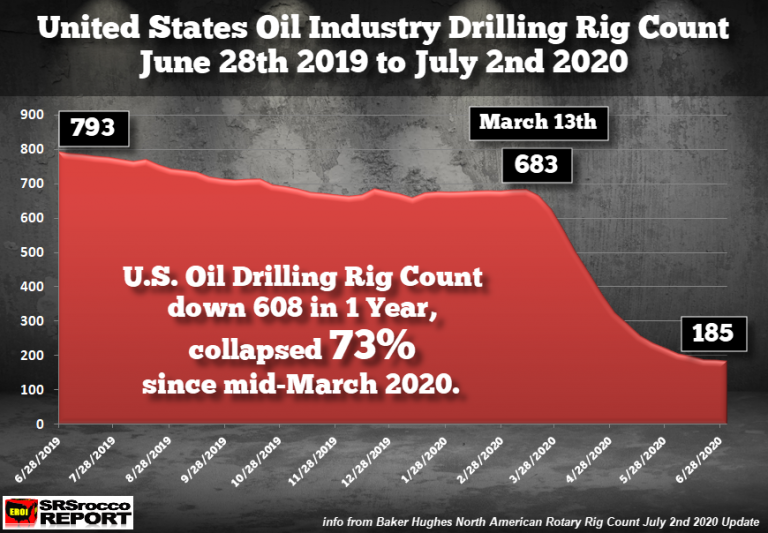 U.S. Energy Independence that lasted for less than one year, is over. With the collapse of the domestic oil drilling rig count, U.S. shale oil production will begin to fall off a cliff in the next 3-6 months. This should also destroy the notion of a “V-Shaped” economic recovery once and for all.

According to Shaleprofile.com, U.S. shale oil production peaked at 8.3 million barrels per day (mbd) in November 2019 and declined to 7.8 mbd by March this year. However, the oil rig count from November to March was about the same, 683 rigs. During these five months with the oil rig count about the same, shale oil production declined 500,000 barrels per day.

Unfortunately, since mid-March, the domestic oil rig count has collapsed from 683 to 185 today (Source: Baker Hughes). That is nearly a loss of 500 oil drilling rigs: