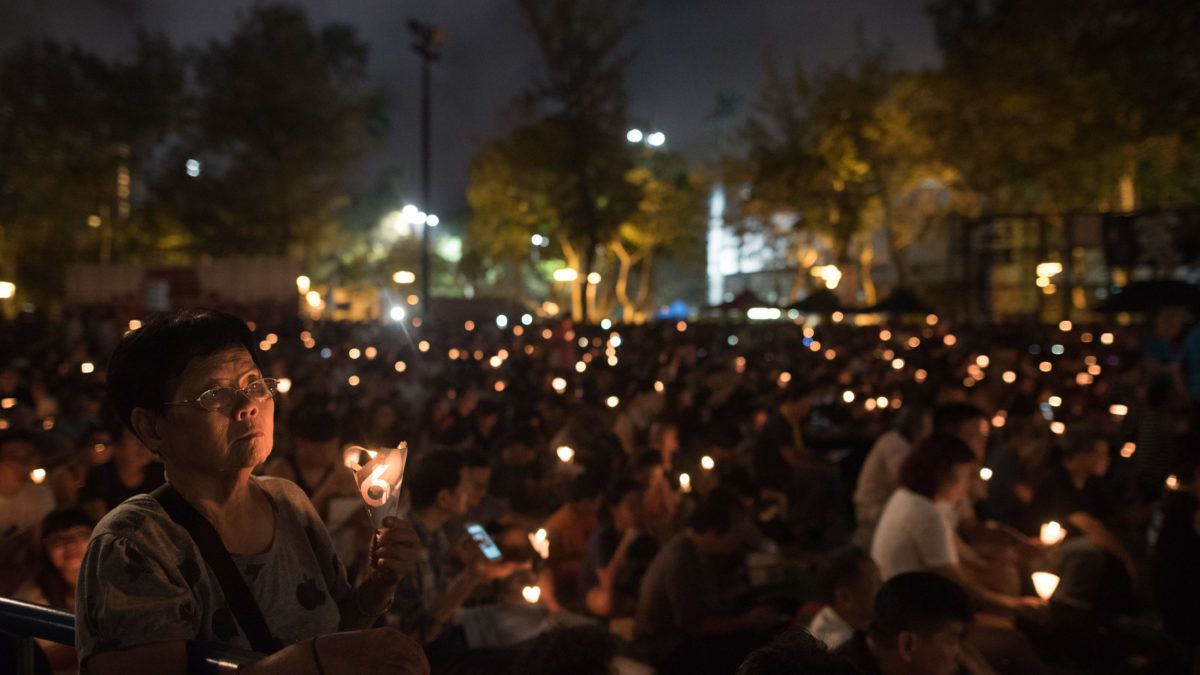 Thirty-one years ago today, the Chinese government executed an unknown number of peaceful student protesters at and near Tiananmen Square—official estimates of the body count range from a few hundred to several thousand. The day after, as tanks attempted to leave, a single unidentified man wearing a white shirt, holding shopping bags, stood in front of the tanks in a now-iconic show of peaceful civil disobedience. As the tanks attempted to pass around him, he kept repositioning himself, undeterred.

Many have theorized about who he is and where he disappeared to post-standoff. Some claim he was executed by Chinese government forces shortly thereafter, others say he lives in obscurity somewhere in the mainland, and still others believe he is an archaeologist at a museum in Taiwan. But Tank Man’s choice to boldly counter violence with the risk of self-sacrifice has been embedded in public memory ever since, a symbol of resistance to an authoritarian government that used repugnant force to pacify peaceful protesters. The image is perhaps made even more iconic by the Chinese government’s patently absurd addendum that they showed great restraint by choosing not to mow Tank Man down.