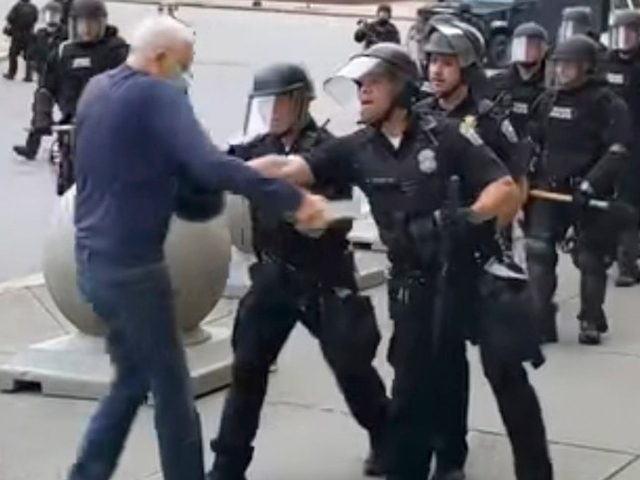 President Donald Trump made the unsubstantiated claim in a tweet Tuesday morning that Martin Gugino, the 75-year-old protester injured after being pushed by Buffalo police last week, “could be an ANTIFA provocateur” who had used a scanner on police equipment and had faked his fall, based on an OANN report.

Buffalo protester shoved by Police could be an ANTIFA provocateur. 75 year old Martin Gugino was pushed away after appearing to scan police communications in order to black out the equipment. @OANN I watched, he fell harder than was pushed. Was aiming scanner. Could be a set up?

Video of the incident, which had been viewed over 80 million times as of Tuesday morning, went viral last week: