Law enforcement, on his orders, violently dispersed nearby peaceful protesters. 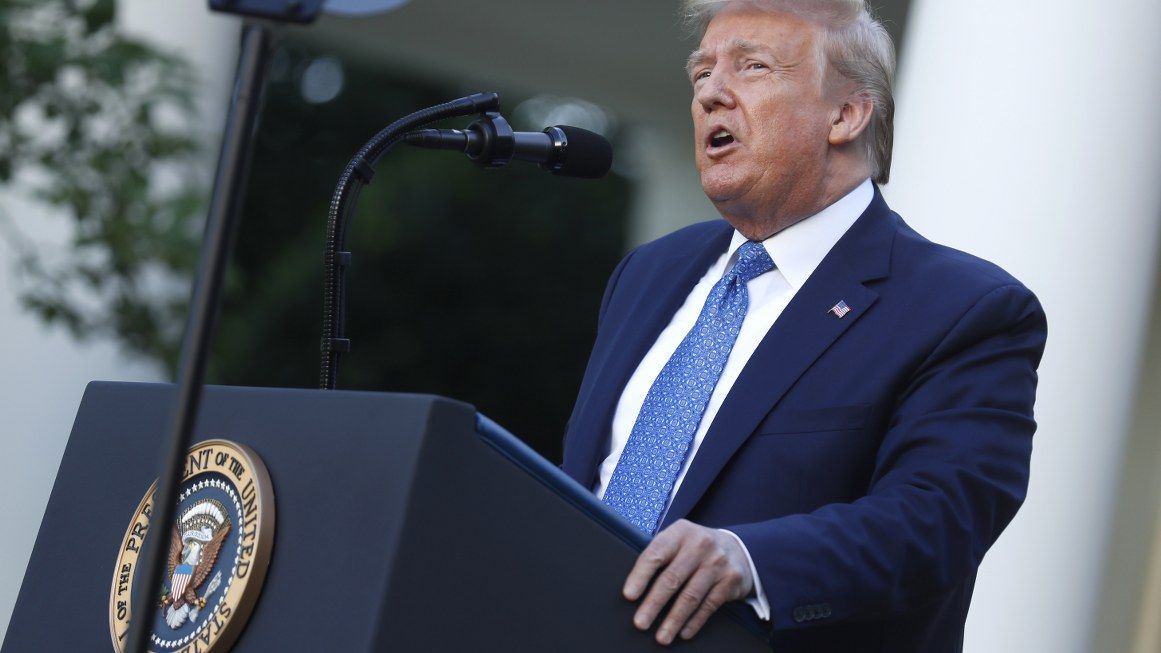 President Donald Trump spoke briefly in the Rose Garden this evening, promising to use military and national guard troops to restore order. At the same time, just yards away, federal law enforcement in riot gear used tear gas and rubber bullets to disperse what had been up until then a peaceful protest.

“All Americans were rightly sickened and revolted by the killing of George Floyd,” Trump said early in his speech. But he said that due to “domestic terrorists” infiltrating protests (he called out antifa by name), he would be taking actions to bring about the “ending [of] the riots and lawlessness that are spreading around the country.”