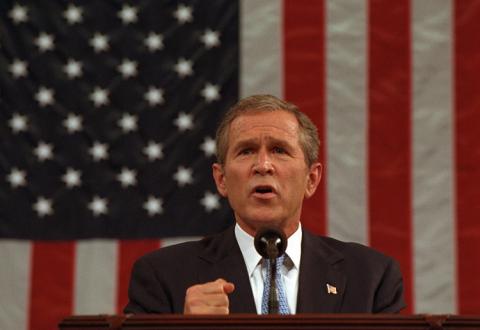 Former president George W. Bush has returned to the spotlight to give moral guidance to America in these troubled times. In a statement released on Tuesday, Bush announced that he was “anguished” by the “brutal suffocation” of George Floyd and declared that “lasting peace in our communities requires truly equal justice. The rule of law ultimately depends on the fairness and legitimacy of the legal system. And achieving justice for all is the duty of all.”

Bush’s declaration was greeted with thunderous applause by the usual suspects who portray him as the virtuous Republican in contrast to Trump. While the media portrays Bush’s pious piffle as a visionary triumph of principle, Americans need to vividly recall the lies and atrocities that permeated his eight years as president.

In an October 2017 speech in a “national forum on liberty” at the George W. Bush Institute in New York City, Bush bemoaned that “Our politics seems more vulnerable to conspiracy theories and outright fabrication.” Coming from Bush, this had as much credibility as former president Bill Clinton bewailing the decline of chastity.